The 187 Regional Sponsored Migration Scheme (RSMS) visa is a permanent residence pathway for skilled migrants who want to work in regional Australia. The RSMS program is only available outside of the major cities and is designed to bolster the skilled work force and economy of regional Australian.

Previously, you could nominate any skill level 1,2 or 3 occupation on the Australian and New Zealand Standard Classification of Occupations (ANZSCO) list for the RSMS program. A revised skilled occupation list was then put into place which is currently in use for the scheme. 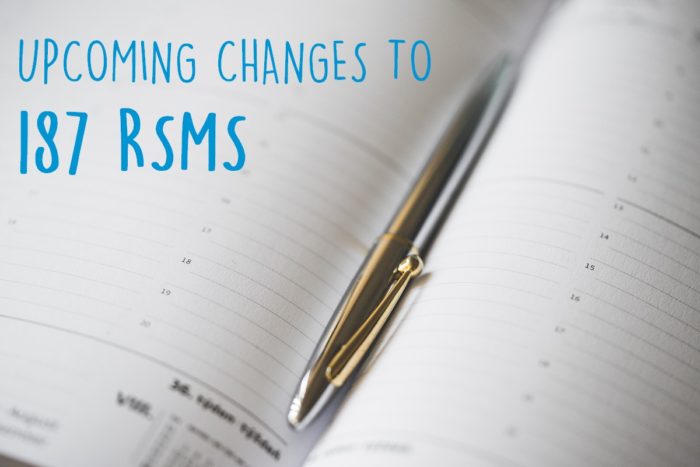 DIBP have announced that changes to the skilled occupation list will be made on 1 July 2017. These changes have not been specified at this stage, but it is likely the skilled occupation list will shrink in size. The extent of these variations have not been revealed by DIBP, however there will be definite changes to the list on 1 July 2017.

DIBP have also announced that the age limit for the RSMS Direct Entry scheme will be lowered from 50 to 45 on 1 July 2017.

The upcoming changes to the RSMS program mean that prospective applicants should be considering their immediate pathway. Your skill may be removed off the list completely on 1 July 2017, leaving you with very few options. We are Australia’s premier 187 RSMS agency and can advise the best course of action for your current situation. Contact us today to make sure your file is ready to lodge before the 1 July 2017 changes are implemented.