Bill Shorten says he has a “comprehensive plan” to help unemployed Australians find a job, which includes cracking down on the 457 temporary visa program.

“The government’s first priority must be ensuring workers in Australia can find good local jobs and ensuring businesses are training and employing local workers,” Shorten said. 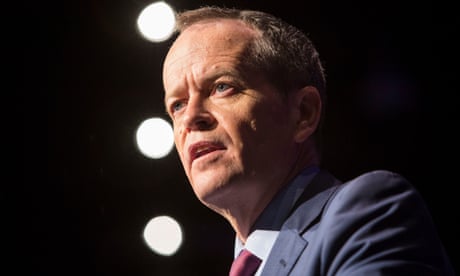 “Labor will toughen the rules to make sure that where there are local workers ready and willing to work, employers will have to advertise and genuinely try to fill jobs locally before recruiting from overseas.

“Labor will also make sure businesses using significant numbers of temporary workers have a plan for training local workers.”

Shorten said over the weekend he did not want the Labor party losing support from its blue collar worker base in the same way the Democrats in the United States had done in the recent election.

He flagged a crackdown on the 457 visa program, saying he was concerned it was being exploited.

Shorten’s tougher rules for the 457 program include:

He said business sponsors in specified sectors who had more than a set proportion of their total workforce made up of 457 visa holders should be required to employ guest workers under a labour agreement instead of being a standard business sponsor.

In the first instance, that rule should apply to sponsors in the construction sector that had more than 15% of their workforce made up of 457 visa holders, and those with five or more 457 visa holders, he said.

Labor also wanted to review the process for developing and maintaining the list of skills shortages that allow 457 visas to be granted, he said.

On Sunday, Shorten said the loss of local jobs and inequality needed to be challenged.

He questioned whether the immigration system and guest worker schemes had led to foreign workers being exploited and locals missing out on jobs.

“What’s happening is we’ve got people coming to work in Australia, nearly 1 million people [or more] with temporary work rights and, in some cases, they’re getting ripped off and exploited, lowering wage outcomes and taking the jobs of nurses, motor mechanics, carpenters, auto-electricians,” he said on Sunday.

On Tuesday, Shorten said a Labor government would also like to strengthen the enforcement of licensing requirements and the skills assessment of 457 visa workers in occupations where it was mandatory to hold a licence, registration or membership.

Original story from The Guardian