Citizenship Reform Next for Australian Government

The Turnbull government made further immigration announcements in the wake of the news to axe the 457 visa program. The government is tightening requirements for Australian citizenship, with applicants to face a stand-alone English test and asked to commit to embracing “Australian values”.

Citizenship applicants will also have to demonstrate they have attempted to integrate into Australian society, providing evidence of a job, the enrolment of their children in school, and even membership of community organisations in some circumstances. This announcement follows Immigration Minister Peter Dutton’s calls for tougher citizenship testing procedures in January 2017. 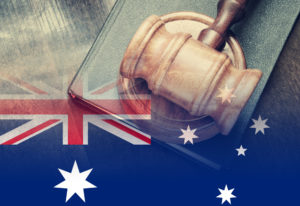 Applicants will also be required to have lived in Australia as a permanent resident for at least four years, which is up from one year. Previously, migrants could have lived on a temporary visa for three years before moving onto a permanent visa for one year, before qualifying for citizenship.

There’s currently no limit on how many times someone can fail the citizenship test, but a new limit of three fails looks likely to be introduced.

Malcolm Turnbull said the citizenship changes, announced on Thursday, place “Australian values at the heart of citizenship processes and requirements” and national values will be reflected heavily in the updated test format.

These sweeping changes come the same week as the government announced the removal of the popular 457 visa program, restricting the amount of temporary workers permitted into Australia.

The tightening of Australia’s borders underlines the Turnbull government’s shift to the right on immigration and border protection, which has been driven by a wave of global nationalism.

If you have any questions regarding the current and upcoming immigration changes, please contact us for further information. We remain dedicated to achieving your immigration goals, no matter what hurdles you may face.