Australia is planning to re-open to International Students

Australia is planning to reopen to International students next month

On Friday 12 June 2020, the Prime Minister, Scott Morrison informed the media that the federal government was working with states and territories to enable international students to return in a “very controlled setting” and only under pre-approved plans provided by institutions.

The key points to come out of recent statements from the Australian Government include:

The Federal Government is trying to use the proposed re-opening to get all states to re-open their borders immediately!

The prime minister made the re-opening dependant on the state borders re-opening with statements such as, When the states agree to re-open their borders, some international students will be allowed to return to Australia on a “pilot basis”.

Assuming that all Australian states reopen their borders over the next couple of weeks, the federal government is pushing to allow students stuck overseas to return for semester two, which typically begins around the end of July to the start of August.

“This is something that I’m sure we would all welcome happening again, but it has to be done with the appropriate quarantine entry arrangements and biosecurity, and all of those matters, being addressed,” Mr Morrison said. 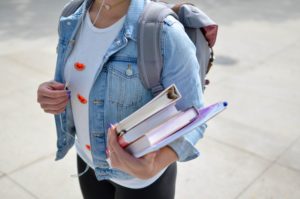 Priority will be given to returning International Higher Education Students that already hold a student visa.

Under the proposed pilot program, returning students who are part-way through an existing degree and already hold a student visa will be likely given priority.  Returning International students will most likely need to comply with the current compulsory quarantine system being used for returning Australian citizens and permanent residents.

In a hope to be able to start allowing international students to re-enter Australia from July 2020, the government has promised further updates on specific details such as a timetable, how students will be able to participate in the initial pilot and how the cost of compulsory quarantine will be decided between, student, University and government.

There are more announcements to come

We will continue to post updates as they are announced by the Australian Government.  In the meantime, if you have any questions about your Australian student visa or how to apply for an Australian Student Visa do not hesitate to Contact Us.